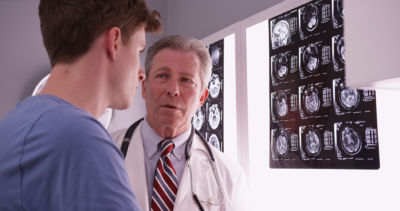 Post-concussive disorder, also called post-concussion syndrome, describes the neurological difficulties experienced by patients who have suffered one or more concussions. This is an increasingly studied aspect of head injuries caused by contact sports or physical trauma suffered in the line of duty by military veterans. Many neurologists are now demonstrating the positive improvements in brain physiology and function created by using electronic brain mapping as a diagnostic tool in conjunction with directed neurofeedback therapy.

Sacramento’s Brain Health Clinic is prepared to assist veterans, young athletes and other persons who have experienced concussions and are suffering from the after effects. Science has demonstrated that while concussions cause unpredictable brain damage, neurofeedback generates specific forms of physiological brain improvements. To benefit from this advantageous therapy, contact the Brain Health Clinic at 916-662-7740 or use our online appointment form to arrange a consultation.
Schedule an Appointment

Our children had an extremely traumatic upbringing until we adopted them several years ago. No therapy or other counseling seemed to work, and we had been experiencing some severe behaviors due to PTSD. After exhausting...

all avenues and still experiencing no relief, we were having to make decisions that would require more long-term and intensive care, which we were hesitant to do. Thankfully, that is when we found Dr. Teurman! After several weeks of treatments, my children were able to feel happier and less anxious. Their ability to regulate their emotions and moods has improved, which helps them make better choices. While we still experience behaviors, they are manageable for us now. Also, my kids had great anxiety around therapy and were resistant to go, but after the first visit, they loved coming when they realized that they felt better and didn't have to relive painful memories or talk about uncomfortable experiences over and over again. Dr. Teurman and her staff truly blessed our family in a way nothing and no one else could!
Read More...
Anonymous